Religion and the Fence 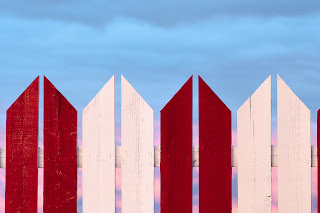 David Wilcox says that his song, "Beyond Belief," is about "expecting more from your relationship with the Infinite than just some theological gated community."

He talks about what it means to follow "this crazy carpenter . . . such a wily sort of guy." And how it's never what he expects. When he starts building a religion according to his own ideas, he makes a place where "the gates are all closed and the fences are high."

Suddenly, he looks around to find that Jesus is outside the fence.

David has captured my heart exactly. 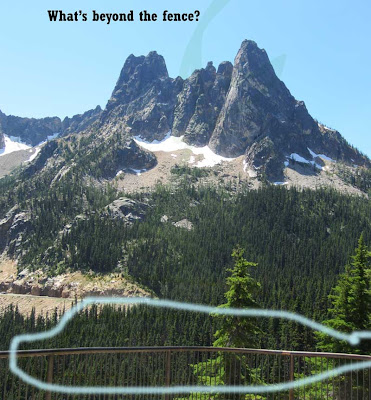 Leave the gates and the passwords known by just your kind. Walk beyond the divisions of the symbols and the signs.

This is what I want to do. Make way for the love of Christ in and for every single person. This has nothing to do with religion, race, sexual orientation, politics, whether you use the right lingo, blah, blah, blah. It's an exciting adventure to leave that comfortable gated community and just be in the world. Loving people. Doing my work.

Not trying to be elite, or "righteous" or right about things. Not bothering with labels--God knows they never fit anyway.

The thing that matters: love. Boundless, infinite love here for you, right now, especially if you are outside that fence.

The World is Big 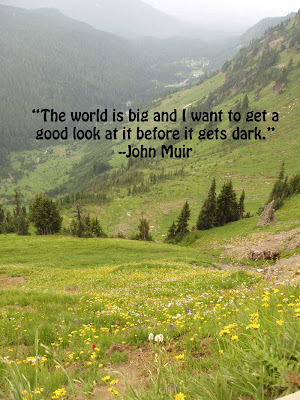 "The world is big and I want to get a good look at it before it gets dark," said John Muir. I took this picture on a Goat Rocks backpack trip five years ago. These words, these hills, call me to explore. What is calling you out from your routine, your daily smallness, out into the big world?


Posted by Christi Krug at 7:58 AM No comments: 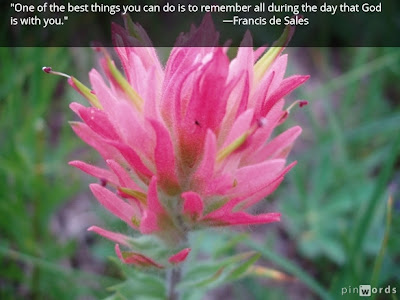 "One of the best things you can do is to remember all during the day that God is with you."
--Francis de Sales
Posted by Christi Krug at 9:04 AM No comments:

Most of us are in a hurry. Much too much of the time.


"Wisely and slow. They stumble that run fast." --Shakespeare
Posted by Christi Krug at 7:49 AM No comments: 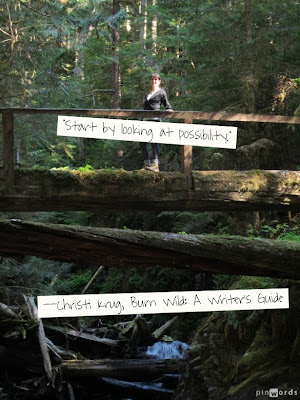 "'Start by looking at possibility.' Yes, every page seems to say, start. By all means, start. And look. Open your eyes and look deeply at something, anything. Finally, possibility. Consider possibility; live possibility; be possibility. Then stand back and watch what you write." --Marcia R. Johnston
Posted by Christi Krug at 10:37 AM No comments:

How to Get Good News 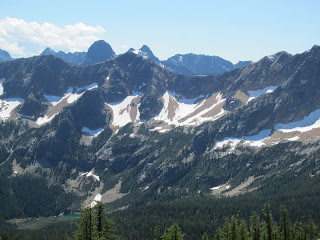 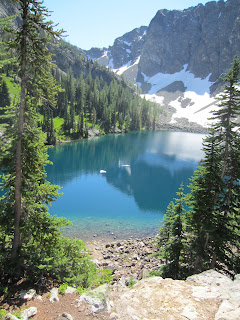 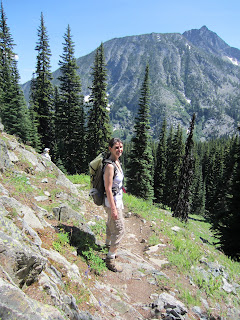 “Climb the mountains and get their good tidings." --John Muir

Photos by Paul and Christi Krug

Posted by Christi Krug at 8:47 PM No comments:

Beauty as well as Bread 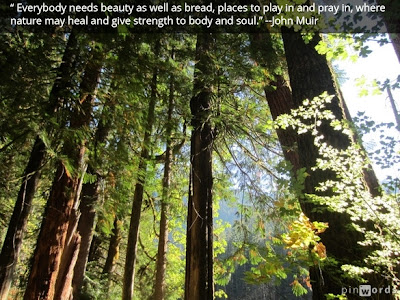 “Everybody needs beauty as well as bread, places to play in and pray in, where nature may heal and give strength to body and soul.” --John Muir

What feeds your soul? How are you making time for that?

Posted by Christi Krug at 3:25 PM No comments:

Is it a dangerous thing to have a sense of curiosity? To be curious about life, and spiritual things? Some say yes.

After all, curiosity killed the cat. Poor kitty. 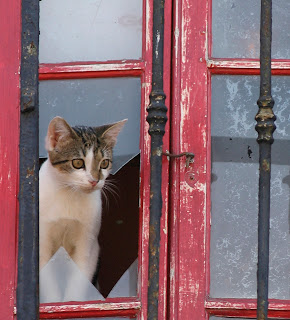 Then there's the story of Pandora, whose irresistible curiosity to open the box unleashed all kinds of evil into the world.

Have you believed these warnings? Are you afraid of venturing into the unknown in your spiritual journey? I'm here to tell you that the voice of fear is not of God.

Truth and courage are calling you to investigate. To wonder. To ask questions.

Curiosity won't kill you. (But it will kill apathy. It won't let you stay the same.)

Be alive. Be curious.

"Respond to every call that excites your spirit." --Rumi 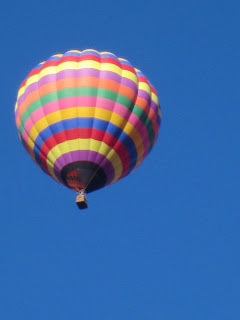 Top photo: courtesy of stockfreeimages.com; bottom photo: by christi krug
Posted by Christi Krug at 9:16 AM No comments:

Money and the Writer, and God, Too

Money. A few writers I know have been struggling with Not Having Enough. I’ve been trying to find words of encouragement. But I have to admit, my responses sound glib.


Don’t let poverty define you, I want to say.

Don’t stop giving because you’re afraid. Contribute. Share. Be who you are meant to be.

That’s easy for you to say, is the response I imagine.

It is true: I feel rich.

This hasn’t always been the case. I was born to an alcoholic, jobless father and a disabled mother. They lived on handouts and family sympathy. My father died soon after I was born, and my mother kept me and my brother fed through food stamps. I grew up in hand-me-downs and castoffs, at the mercy of the merciful. I shoplifted when I was old enough to be sly, telling myself, It’s not fair that I should go without nice things. 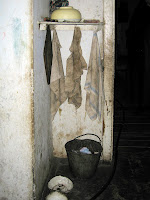 My teen years included the stigma of foster care, along with joblessness and a sort of paralysis, and barely enough money for the basics. The basics didn’t include health care or education. The messages I learned about money were:

There is never enough.

You must find work even when it’s something you hate, because the work you love won’t pay you.

If you find something on sale you’d better buy it. You’ll never know when the chance will come again.

Bouts of scarcity continued throughout my adulthood. I experienced eviction and homelessness for a short while. I lived with my daughters in a tiny, one-bedroom apartment where the real homeless surfed the dumpsters. But then, things changed.

In my new financial picture, the basics were provided for, and they encompassed insurance, good food, dependable vehicles, vacations. In a Christmas montage, presents spilled from under the tree and filled the living room of my lovely home on its quiet, manicured street.

Even so, one thing was missing. I still felt poor.

This feeling led to a bad habit. I bought things I didn’t have money for.

After all, it wasn’t fair that I should go without.

I nursed a mounting credit card balance which I kept secret from my husband. I experienced the shame I’d felt a small child, back in those days when I tried to hide my red ticket when paying for school lunch. I couldn’t be like those other kids who used blue tickets.

The debt was mounting, and my income was not keeping pace. One day, in panic and tears, I told my husband about the thousands of dollars I’d racked up. The result was an explosion of frustration and stress, just as you would expect. At a total loss for what to do, I prayed, “God, I’ve made a mess of things. If there is some way you can help, I’ll lean on you.”

Two weeks later, I received a writing contract that quadrupled my income, and over the next eight months I paid off every penny I owed. I was filled with gratitude. I noticed insights that trickled into me as if I were a baby bird being fed with an eyedropper.

If I want to be provided for, I need to do my part, and let God do God’s part.

My part means not overspending.

My part means doing the work God shows me to do. Even if my work is challenging or imperfect, I can do it with a grateful heart.

As my art teacher says, “I used to care about making a lot of money. When I began painting and teaching full time, I realized I didn’t mind going without the latest gadgets or fancy car. I’m doing the thing that fulfills me, and I feel rich.” 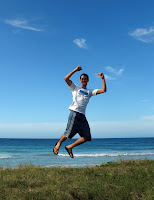 I began doing more to serve others without worrying about the paycheck I was getting. I did my part. I gave the rest to God.

Being afraid had kept me poor, even if only in my mind. Time after time, I had chosen jobs that didn’t maximize my skills because I didn’t think writing or using my talents could pay my bills. In desperation, I put my efforts or investments into frantic schemes, hoping for paydirt. These things did not, in the end, bring provision.

This changed when I learned to work from simple trust.

I still make mistakes. Financial needs continue to crop up. I live on Earth, after all. But I don’t let fear or shame run the show anymore. I’ve found out that just around the corner there is always a provision I cannot see, and if I will keep patiently doing the work of my heart it will come forth.

Then again, you could just say I’m lucky.