His Third Wife: Lessons on Marriage and Becoming

The husband and I have been discussing his second wife.

"She did so many nice things," he says.

"Yes." I should know. That second wife was me.

Over the past twelve months - a difficult year, a beautiful year - I've learned new things about myself. I've resolved to honor that person. I've delved into my gifts with fresh vigor. I've grown and challenged myself to paint, play, write, and wander.


I'm no longer the wife who makes dinner every night, or joins her husband on the couch for movies. I've stopped scheduling social events on his behalf. I don't ask for permission any more - to put my art on the walls, to make new friends, or to write and create on a Saturday instead of hang out with the hubs.

I know. Some of you wives are gasping in disbelief. Others are jealous.

It's been a process of honesty and investigation - finding out what I'm truly about and discovering how to be this human being. I trust that the more I'm following Spirit, the more I can bless the world.

It's my job alone to become this human being. Gone are the days of wanting someone else to define me, even my husband.

Situations will arise, and I'll say, or he'll say, "The second wife would've said yes." Ah, but the third wife says no. Or waits. Or says what she really thinks about it.

And in all this, there's a dialogue, a noticing, a freedom, a new way.

I've been grateful for the guides and friends who have supported me on this journey. They've acknowledged how this needed to happen; they've been witnesses to the me who was hiding.

Hiding and calling it service. Calling it wifehood. Really it wasn't so servy after all.

True service only happens when you know who you are.

So the other morning, the husband said, "You just keep getting prettier and prettier." Which is sweet. This second husband of mine has always been so wonderful with compliments.

"Ohmygosh!" I said. "You just told me the truth of your feelings!" We both laughed.

Obviously, this is no longer my second husband.

This one is my third.

A Different Kind of Shopping 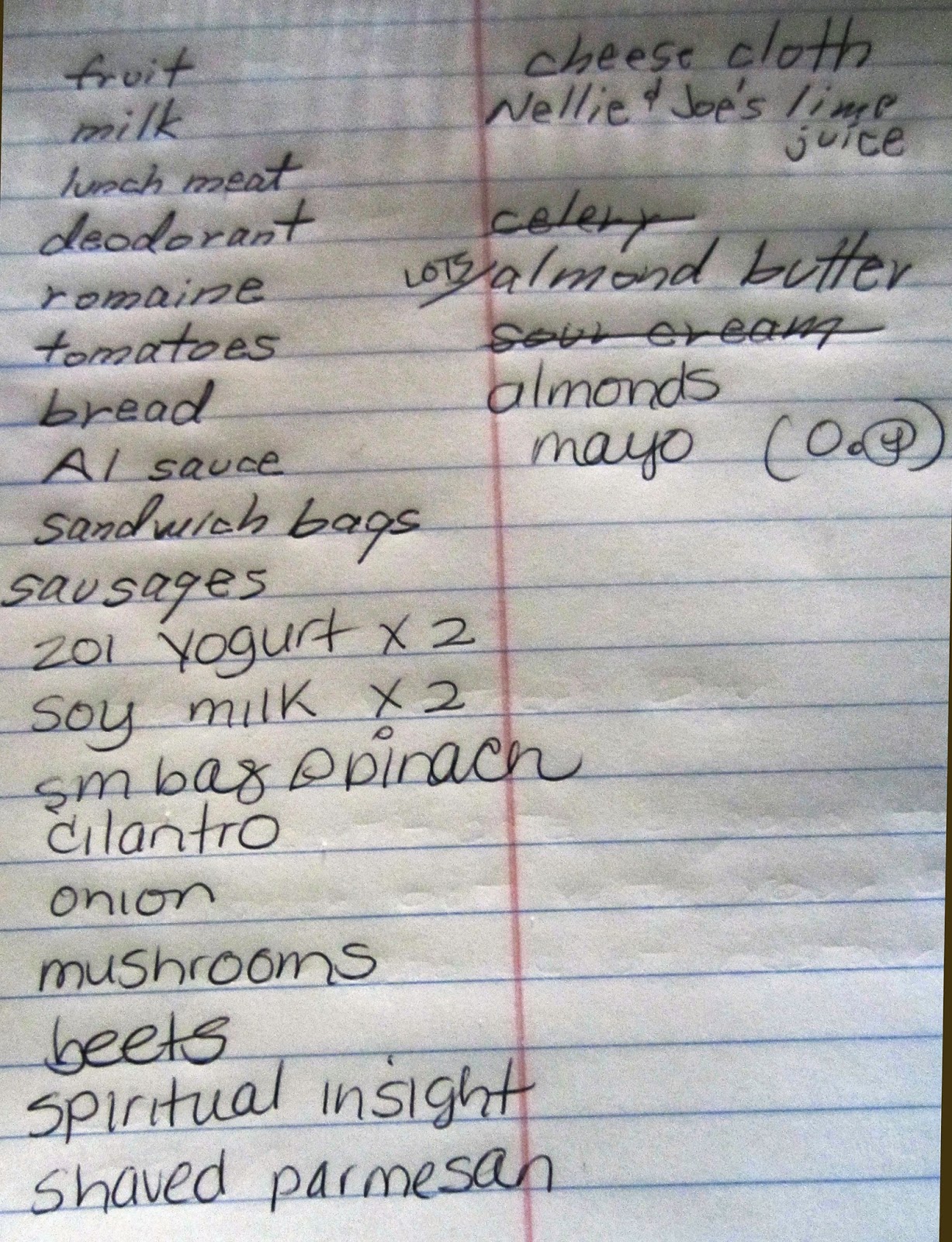 When he got home he said there was one thing Winco didn't have.

Funny, my friend Gypmar found it there quite some time ago.

Because, you know, Big Feelings can give way to spiritual insight.

Just a reminder to keep the truly important things on your list, even if you're not sure where to find them.