Lost in Fantasy: Wild and Reckless

There are times when we confuse our real world with fantasy. When this happens in a story, it’s utterly absorbing and rich.

The show, “Wild and Reckless” is comprised of Blitzen Trapper’s performance of ten songs, three from past albums, as the band tells a story written for Portland Center Stage. The result is a wonderful amalgamation of a rock concert, a musical, a fantastic alternative-universe Portland, and a tale of addiction and heartbreak. It is indeed, an absorbing and rich show, and a haunting musical performance.

It’s darkly thrilling in a visual and sensory way, riddled with a network of zapping lights, and infused with the roots rock music of Blitzen Trapper. There is a delightful comic-book aura that at times had me cackling with laughter—in sync with the cackling scientist of the show, wonderfully warped and nerdy, played by percussionist Brian Adrian Koch. But soon this delight gives way to deep pain, as we watch the narrator (guitarist Eric Early) grapple with fear and desperation in telling his story. It is the story of a young man entering the city seeking to establish his music career. But what he finds is the love of his life: a woman who becomes hooked on a deadly substance.
We learn about lightning dust, and lightning junkies, and get a lesson from the professor (Marty Marquis, keyboard player) on certain of these lightning dust addicts, who take the pain of others within themselves. “They are as rare as unicorns.”

And I’m thinking about all the ways we intermix our pain with fantasy, and confuse saving others with saving ourselves.

“I knew I had to do something to save her,” the narrator explains, when he sees his love growing sick and weak. He admires her for the way she, herself, puts herself out for others who are down and out. “For her it was so easy to give everything away.” (Laura Carbonell,  as the Girl, has a wistful sultriness that adds lovely female energy to the show.)
Yet neither our hero nor his girlfriend can make the distinction between self and others. She spends her time feeding her habit or stealing things to bring comfort to the downtrodden. He tosses his career aside and puts his integrity and entire world at risk to follow her as she falls deeper and deeper into addiction.

Street and club names are wonderfully recognizable as Portland, but in this fantasy world, elements don’t work normally. It’s not what you think. And it never will be.

In the same way, I reflect on the times I have tried to lose myself in another person, in this one’s problems, in that one’s life, in whether or not this one loves me. It’s all unreal.

That unreality sends us into the dark, sticky, web of playing the role of the rescuer, the lover, the obsessed. It’s easier to escape personal pain than face it solo. We escape through distractions, yes, and through drugs of all kinds—but also through “helping.”

Before long, we’re lost. “[Y]ou can’t go home,” the narrator concludes. “Is home a place? Is home a person?”

Those unanswered questions point to one place, one person, that deepest sense of home, one alternative universe it is so difficult to know and love: one’s very self. 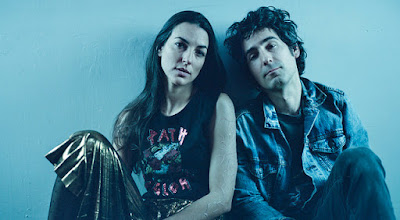