The First Lesson of the Camino: What Will You Carry?

Our pain was a result of all that we were carrying. 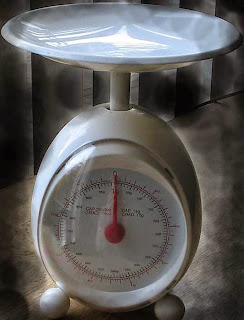 I remembered this as I packed for my second trek on the Camino de Santiago.

July, 2004. My hiking partner and I were outfitted with high-tech shirts, thick socks, and skin care lotions. By the time we reached Trinidad de Arre, about 40 miles in, her knee froze in place and she could barely walk. My ankle screamed with each step I took on the cobbled pavement.

The priest at the monastery shelter took one look at us, shook his head and said something like, "Kilos demasiados!" My Spanish was terrible (and still is), but I got the message when he pointed to our packs and said it again.

We went through our backpacks, tossing toiletries, shirts, socks. Items of value we marched to the post office and mailed home. We kept only the bare minimum.

That unforgettable pain seared my mind, so that now, packing for this trip, I thought twice about everything. Or three times.

The Camino forces you to simplify. You must face limitations. You have only so much room in your backpack, and only so much strength.

You've got to decide what is important to you. Cute flats for wearing in town, after hiking? Or goofy rubber Crocs that weigh next-to-nothing? Goodbye cute, hello goofy.

Shampoo and hair conditioner and Woolite and shower gel? Or just one bar of soap? Goodbye pampered skin, hello getting by.

And so it went.

When it comes to deciding what to carry, each person has different issues.

Not surprisingly, I started this year's journey noticing backpacks.

The biggest backpack belonged to a cheerful, dark-haired pilgrim from Germany. She seemed to be moving quite slow.

"I just have to ask," I said. "Why are you carrying such an enormous pack?" 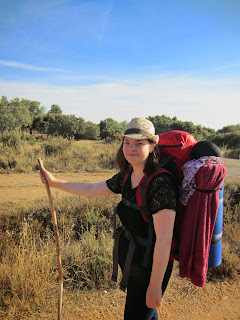 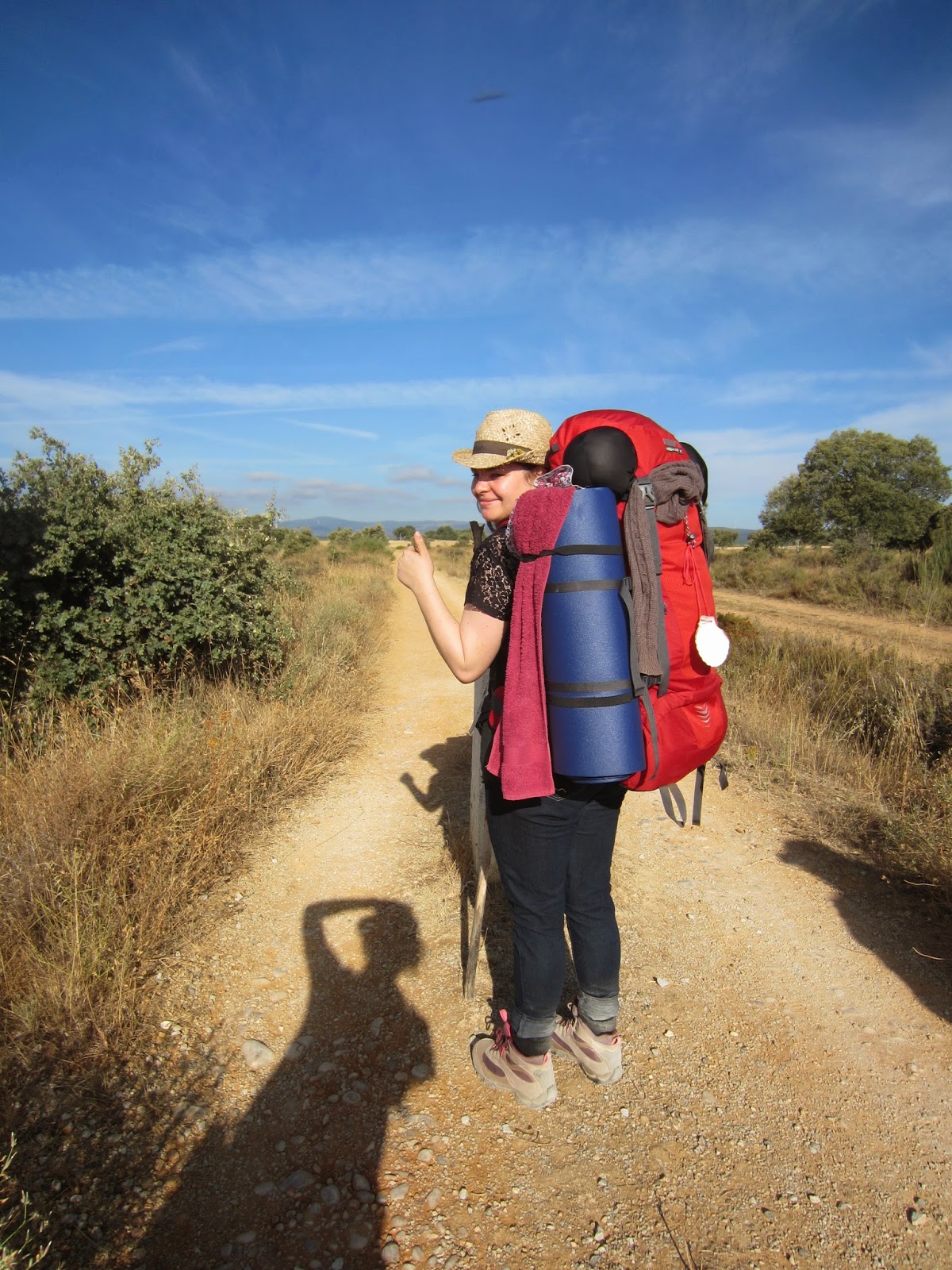 "It's really not that heavy," Marie said. She explained that her original intent was to camp out so she had packed tent and sleeping pad.

As the days went on, I kept seeing her plodding along the trail. At one point, she had given up her boots and wore sandals which revealed a mass of bandages swaddling her blistered feet. She always wore a smile. "I'll get there," she said. "One way or another."

And then there was the guy with two backpacks. "Um," I said. "You've got a backpack on your chest." As if he didn't know. "What's that about?" 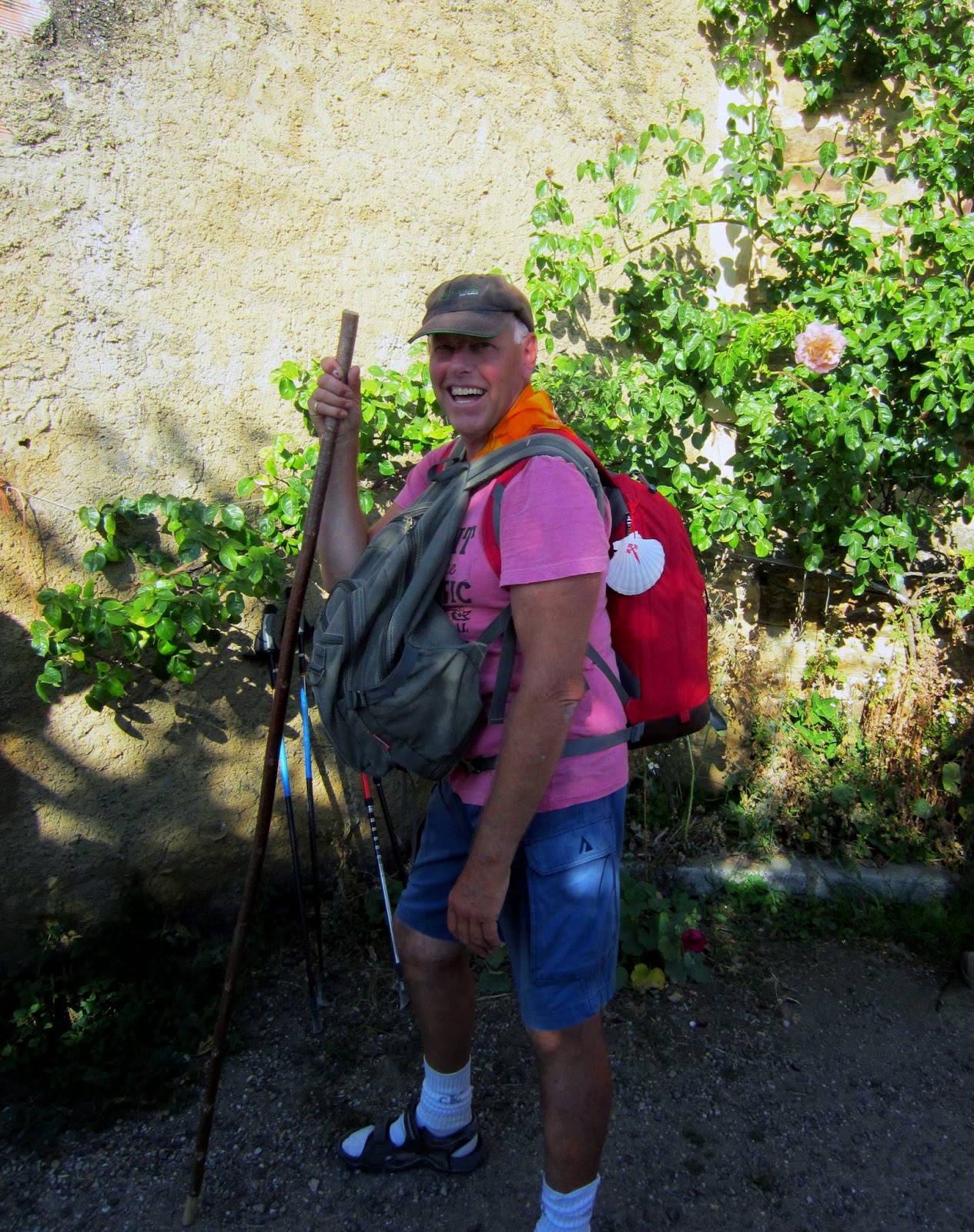 In his salty New Zealand accent, Paul answered, "I have a hard time letting go."

I couldn't help but chuckle. He said it as if it were a genetic trait and he had no choice in the matter. "You have a hard time letting go," I repeated.

The smallest backpack also caught my attention. "What's with the tiny pack?" I asked the young Virginian when I finally caught up to his brisk pace. 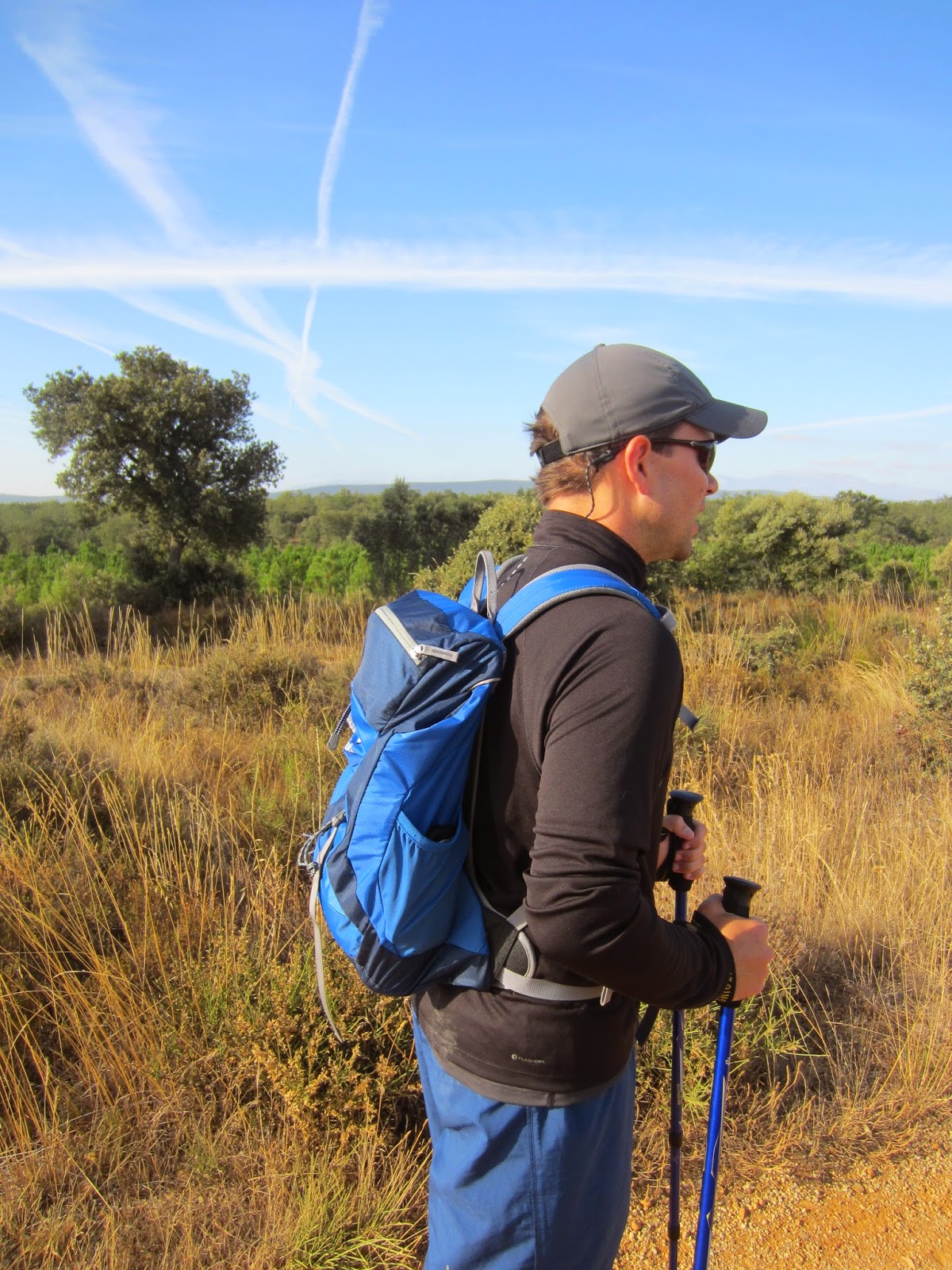 "It was a hard lesson for me," he said. "I'm an athlete, so it was tough admitting when my legs and feet started giving out. I took a rest, and now I have my regular backpack sent by taxi each day. If not for that decision, I wouldn't be here." Brock had covered 300 miles so far, from St. Jean Pied de Port.

My own pack, by the way, wasn't as light as I'd hoped to get it. 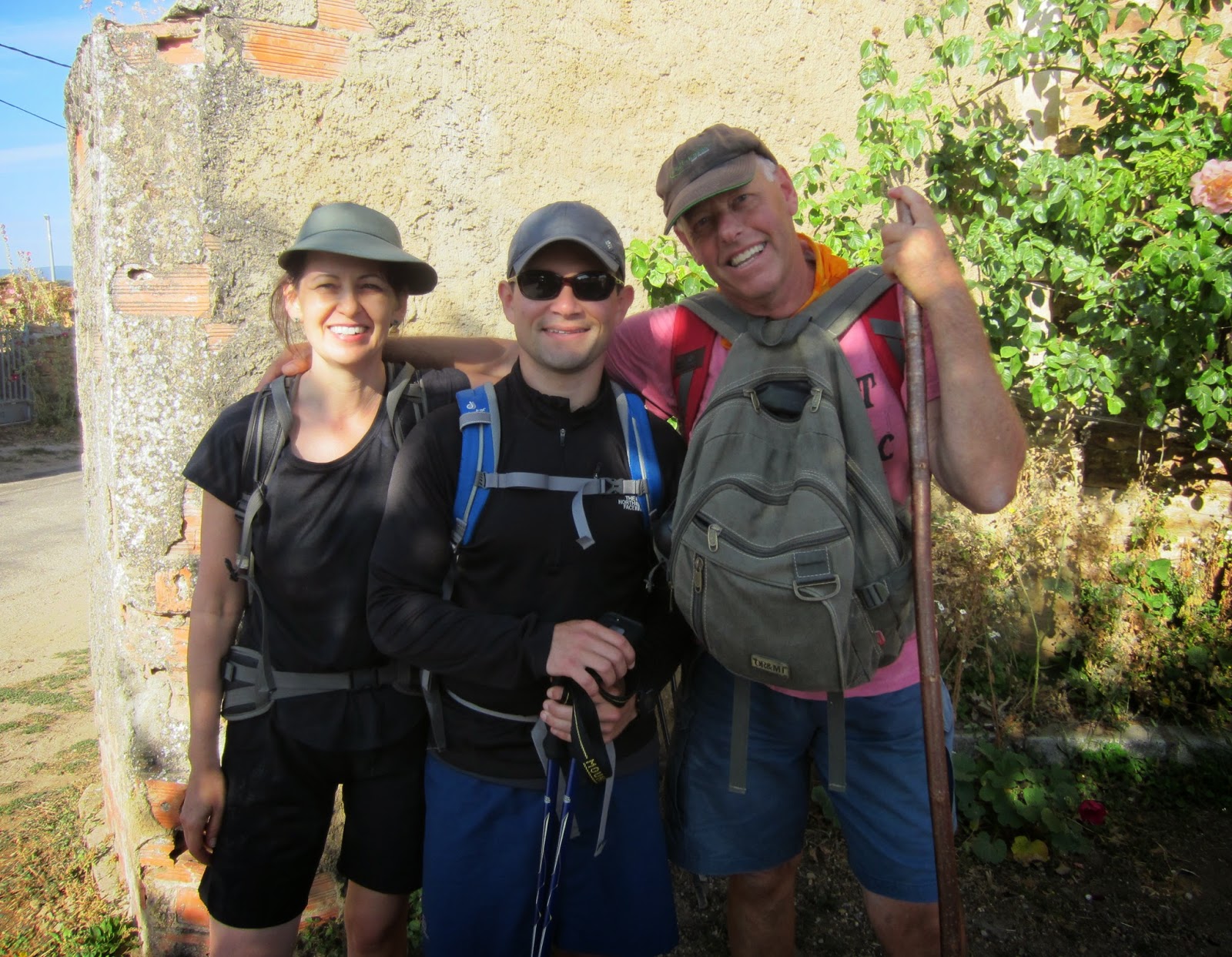 I'd kept some things. The hairbrush, a gift from my daughter. The sleeping bag vs. sleeping sack. The flowered top, so I could have something that felt "girl."

The question of what to carry can never be answered once and for all. It's a lesson that unfolds as our priorities change, as we get to know ourselves better, and as we grow.

As for Paul from New Zealand, I caught up with him a hundred miles later. "I got rid of my extra pack!" he said. "I just . . . let it go!"  Because he found out that he really could.